Animal cruelty is legally defined as the intentional physical abuse or torture of an animal, or neglecting an animal to the point of endangering its health and/or life. This includes acts of:

We all think we know what animal cruelty looks like. We’ve all seen the horrendous pictures of dogs or cats locked in cages, emaciated and wallowing in their own waste. And graphic images of wounds from deliberately misused training collars. We’ve seen neglected dogs with flea and tick infestations so severe that the dog becomes anemic.

Then there are the news items about dogs left on chains and neglected for so long that the collar, rope, or whatever they were tied with becomes embedded in their neck. News stories about puppies and dogs with their mouths bound with duct tape or electrical tape (a tactic used by people to stop the dog from barking or biting, and used by dogfighters on bait dogs so they can’t fight back). Or puppies and kittens hung with an electrical extension cord or rope and swung from ceiling fans.

Many people include the simple act of discipline in a category of animal cruelty. But that couldn’t be further from the truth. The act of training your dog using reward and correction methods, and using training tools properly, does not harm your dog when applied apropriately and judiciously.

Some people believe that simply telling your dog “no” or training it to be still and calm is cruel. Quite a few people have dogs with bad manners, as a result. They let their dogs go running up to people and dogs they don’t know. Those owners may know their dog to be friendly, sure – but the dog it’s running up to may not be. Or it may be scared, nervous, or have other behavior issues.

Letting your dog behave in an uncontrolled manner is a potentially life-threatening situation waiting to happen. Yet, people who let their dogsbehave like this don’t like to tell their dogs “no” because they feel it’s cruel. The reality is, not training your dog is cruel – they are not safe. You, and those around you, are not safe around a poorly trained animal with no respect for boundaries or limits.

Training is not animal cruelty

Training a dog to behave, and teaching a dog to be calm and still on command, is paramount for his own safety, as well as the safety of others around you. Consequences, in the context of discipline, are important for your dog to learn. Training tools are an important part of the training process. When you choose training tools, make sure that you learn how to properly and safely use them.

Properly training with the right tools, done correctly, is not animal cruelty.

Telling your dog “no” will not hurt them. Not allowing them to behave in an uncontrolled manner will not damage them. That’s not cruelty. But leaving them to their own devices without supervision of any sort, without training, could possibly result in their injury or death. And that is animal cruelty.

Getting a dog: Are you ready?

Here are some things to consider when you're planning to adopt a pet.

The CDC says it's highly unlikely that you will catch COVID-19 from your pet.

The Scoop on the Poop in the Dog Park

You arrive at the dog park with your best bud, and he's ready to go play. But wait... 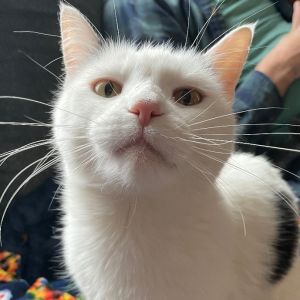 Angel enjoys being outside when the weather is nice and absolutely loves going for walks with people. She is an... View full description »

This website uses cookies to improve your experience while you navigate through the website. Out of these cookies, the cookies that are categorized as necessary are stored on your browser as they are essential for the working of basic functionalities of the website. We also use third-party cookies that help us analyze and understand how you use this website. These cookies will be stored in your browser only with your consent. You also have the option to opt-out of these cookies. But opting out of some of these cookies may have an effect on your browsing experience.
Necessary Always Enabled
Necessary cookies are absolutely essential for the website to function properly. This category only includes cookies that ensures basic functionalities and security features of the website. These cookies do not store any personal information.
Non-necessary
Any cookies that may not be particularly necessary for the website to function and is used specifically to collect user personal data via analytics, ads, other embedded contents are termed as non-necessary cookies. It is mandatory to procure user consent prior to running these cookies on your website.
SAVE & ACCEPT